Michel Norris wrote in The Grace of Silence that people have conversations around race rather than about race. A conversation I held with my grandfather, Charlie “Papa” Upton, exemplifies this statement.

Papa didn’t shy away from the topics of race, gender and sexuality. He spoke bluntly and with minimal hesitation. In thinking more about what was said, as well as what went unsaid, the conversation didn’t manage to contribute anything new to the epistemic dialogue on these social topics. The more difficult realities of race, gender and sexuality were deflected by canonical spiritual philosophies.

But what Norris did not define was the depth of introspection to be expected from either of the conversations in question: about race or around race. Perhaps this depth is intrinsically unquantifiable. I believe that if Papa were walking on eggshells, its only because he didn’t recognize the eggshells were beneath his feet. What he offered to the conversation on race was hearty and genuine, not necessarily insightful.

I believe that if Papa were walking on eggshells, its only because he didn’t recognize the eggshells were beneath his feet.

For an elderly white man, Papa is surprisingly woke, as the millennials say. I would go so far as to call him a humanist. He grew up in Eastern New Brunswick, Canada, a region he described as particularly averse to diversity. Papa insisted that he was not like those around him, though, attributing his racial sensitivity to the one black man he knew as a kid.

“My grandfather owned a building that was leased by a man for an auto-repair shop. He was Sid Hudland, and he was as black as they come,” Papa said. “But Sid was around. My grandfather rented the store to him, and it was pretty much a business deal. Sid came over to the house consulting for the rent and so on. So, I grew up in an atmosphere of having this black man around. Every time we went to my grandfathers, Sid was around. And I was really surprised when I got in a church, they said black people weren’t welcome. And I thought ‘what?! That’s not possible! What is this?!’”

A devout Christian, Papa spent much of his free time volunteering at various rescue missions, including those for abused or sexually assaulted women and downtrodden men. He currently mentors a rehabilitated Hispanic man. Papa’s daughter-in-law is Japanese-American and her family among those funneled against their will into a US internment camp in the early 1940s. To top it all off, my grandparents’ beloved neighbor, Rolando, is a gay man, a fact they have known and accepted for years.

“Rolando’s Rolando. He’s kind of weird, but he’s our neighbor.”

Papa has an emphatic respect for mothers, a respect only accentuated by service for his church’s Moms of Preschoolers organization.

“They are smart. They are intelligent. They’re every bit as smart if not more smart than the men around them,” Papa said. “I love those women dearly. I just appreciate the way they can function in the world today with the prejudices that are still kind of there.”

There were instances where Papa felt the tension of racial power dynamics. I’d imagine in all his rescue work, he mustn’t be a stranger to the ‘white savior’ complex, although I hesitated to confirm it with him.

“I love those women dearly. I just appreciate the way they can function in the world today with the prejudices that are still kind of there.” ~ Papa

“What is a white guy like you doing down here in a rescue mission trying to help a poor Spanish kid?” someone asked, Papa recalls.

“It’s what our Leader wants us to do,” he responded.

As the leading engineer of a radio station, he hired and fired a miscellany of workers. One particularly painful firing involved a black man. In briefly explaining the story to me, it’s unclear if or why race had anything to do with Papa’s decision-making, yet the man felt as though he’d been discriminated against and Papa took the heat for it.

“He thought he was being discriminated against, where I thought he was just being a jerk. I’m not sure which one was right,” he chuckled. “Sometimes I have to look at myself to see if I am prejudiced. I look carefully. I usually decide I’m really not, but maybe that’s just pride.”

The indecision infesting his words seems to suggest that racism, sexism and homophobia for Papa have sprouted beyond the conscious. He recognizes that prejudice is embedded more deeply than he can define, somewhere in that undiscover’d country where pride lies less dormant. This understanding of such multifaceted social issues gives voice to my own race card:

I am xenophobic of my subconscious.

I trust myself to recognize racism on a conscious level. I believe I am well-read and well-conversed, enough to make a conscious decision to project empathy on the underdog.

But it has been my understanding that racism is more deeply ingrained than the will. This much I suspected last semester as editor of the Times-Delphic. Perhaps more prominently, I was acutely aware of the demographic makeup of the TD staff: overwhelmingly white and liberal. I sent an e-mail to leaders of student organizations on campus asking for feedback on the TD’s diversity coverage. I requested these leaders to “take a look specifically at the stories (if any) that pertain to your organization. Are we reporting fairly and accurately? Are we avoiding stereotypes or propagating them? Are we covering your voice at all?” I found out months later that this email, which over 20 organizations received, was perceived as racist and insensitive.

The degree to which the email actually was racist is debatable, but this much remains clear: there exist aspects of race and racist tendencies that I will only ever interact with peripherally. I do not and cannot know the extent to which my instinctual nature is xenophobic, lest my awareness of the xenophobia render it conscious and thereby reconciled accordingly. And this I fear; counterintuitively, I fear the unknown embedded in my own subconscious. So, if there is any conscious xenophobia I entertain, it is of my subconscious, and that is all.

And this I fear; counterintuitively, I fear the unknown embedded in my own subconscious. So, if there is any conscious xenophobia I entertain, it is of my subconscious, and that is all.

My interactions with minorities are tethered by an arguably unfounded fear that a subconscious, undefined racism will resurface without my consent. This strain I recognize as a manifestation and consequence of racism, but I yearn for the peace of mind Papa seems to have—the presence of self to know that racism exists, but it is beyond my control.

“I think it’s important for people to know they are loved for who they are, not what they can do, not what color they are or how much money they got, but just because they are who they are.”  ~ Charlie Upton 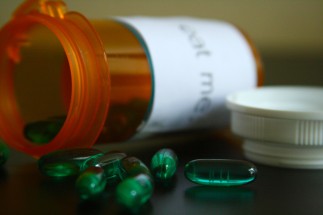 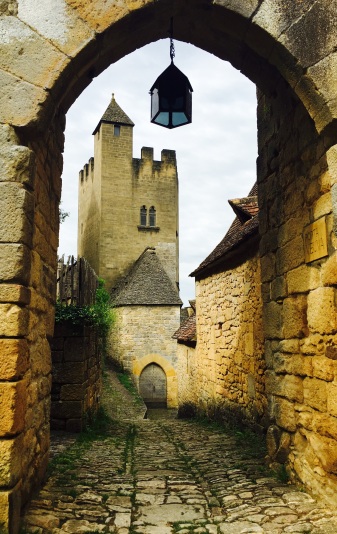 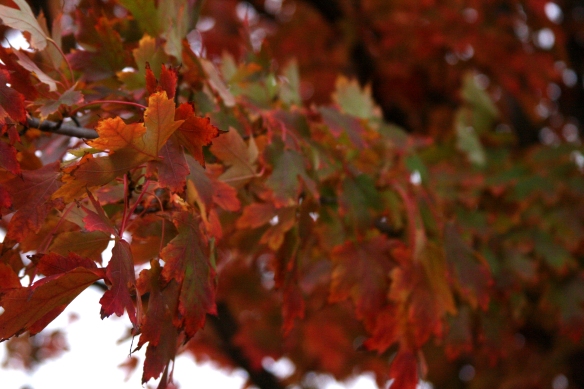 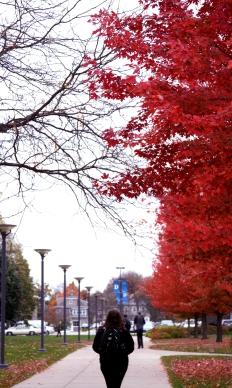 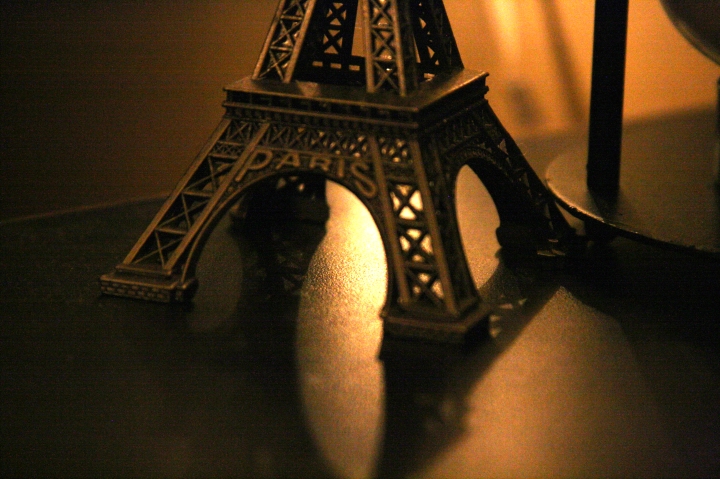 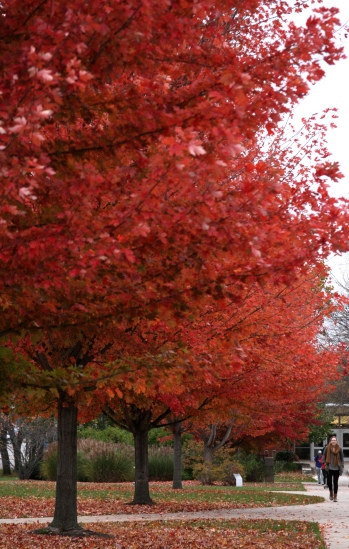 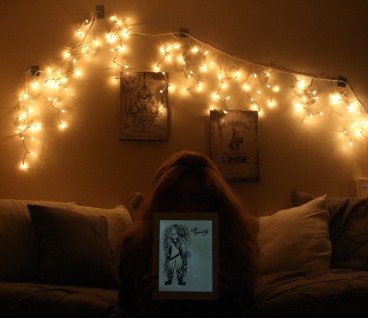 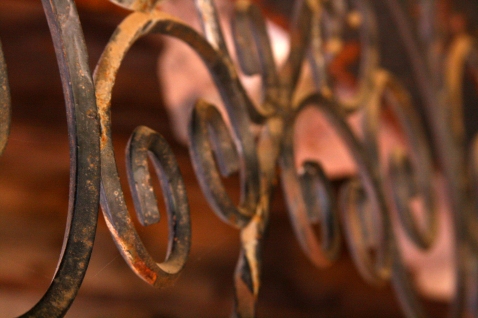 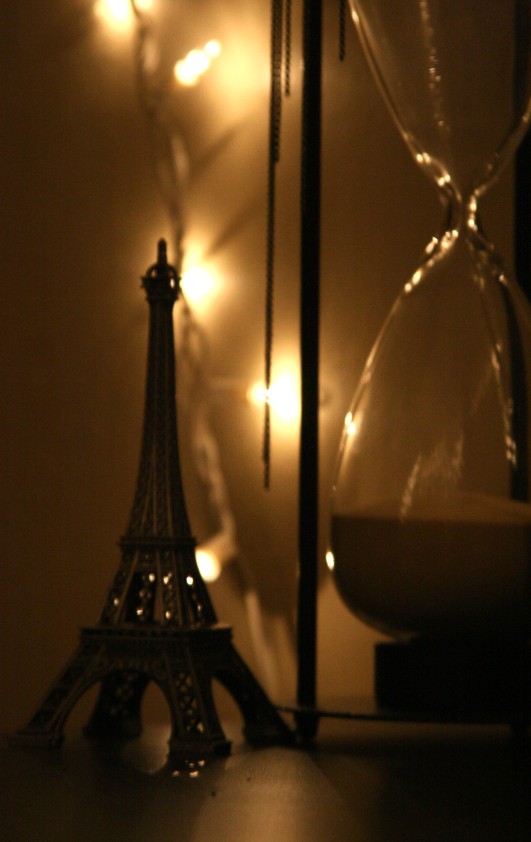